The following command will allow you to know how long has it been since the computer where you run this command has been restarted for the last time.

If want you can also look at the up time of the device by just opening the Task Manager (CTRL+SHIFT+ESC) and check the lower part of the “Performance” tab. 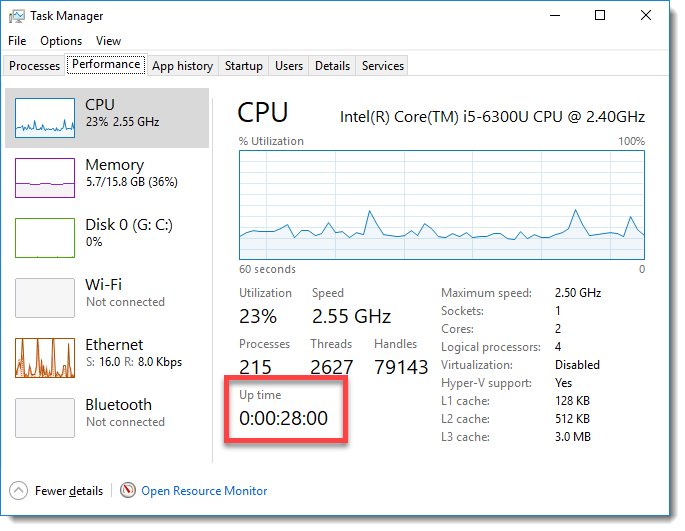 If you want to know when was the Windows computer installed, you can check it by running the following command: systeminfo|find /i “original”